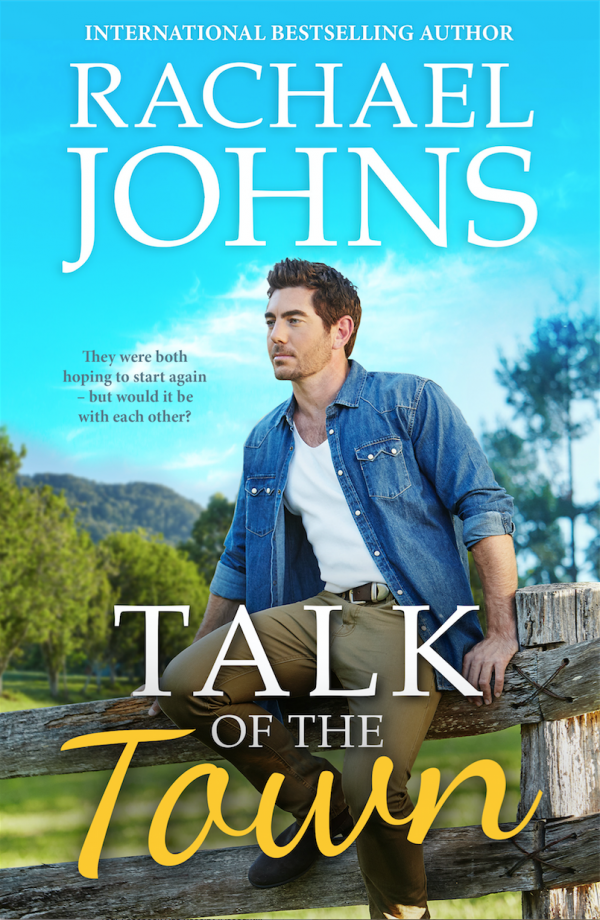 Talk of the Town

Lawson Cooper-Jones has two priorities in life – his son, Ned, and the survival of the dairy farm that has been in his family for generations. Despite the best efforts of the town matchmakers and the determined pursuit of local girl Adeline Walsh, Lawson’s heart belongs still, and only, to his late wife.

But when a flat tyre strands Lawson and Ned in nearby Rose Hill, he’s surprised to find a woman living alone in the old general store of the deserted town. Ned immediately forms a bond with the beautiful stranger called Meg, and Lawson is surprised to find himself captivated by her too.

Although shy at first, Meg starts to open up to him about the haunting secrets of her new home and, with Lawson unable to get her out of his head, they agree to investigate the history of the old building together. Soon they find their friendship has bloomed into something more.

But when meddling Adeline makes it her mission to uncover the truth about the newcomer and her real identity is revealed, Lawson and Meg’s budding romance comes crashing down. Can they both learn to forgive in order to claim a future for their damaged hearts?

Talk Of The Town