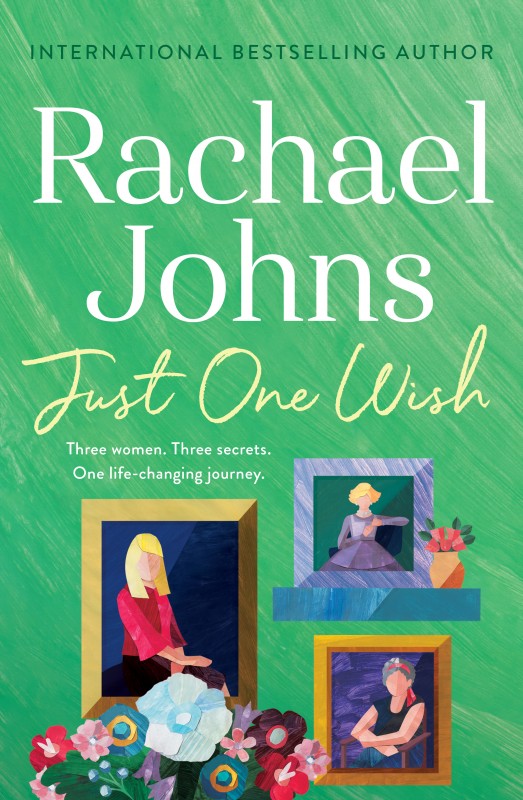 Alice has always been a trailblazer as a scientist, activist, and mother. She knew her choices would involve sacrifices, but now, on the eve of her eightieth birthday, she’s beginning to wonder if she’s sacrificed too much.

Alice’s daughter Sappho rebelled against her unconventional upbringing, choosing to marry young and embrace life as a homemaker, but her status as a domestic goddess has recently taken a surprising turn.

Ged, has always been the peacemaker between her grandmother and mother. A tenacious journalist, she knows what she wants in life and love, yet when everything in her world starts falling apart, she begins to question whether she really knows anyone at all.

At a crossroads in each of their lives, Alice, Sappho and Ged embark on a celebratory trip together, but instead of bringing them closer, the holiday sparks life-changing consequences and lifts the lid on a fifty-year secret.

Can Ged rescue her family if their story is built on a betrayal?

From bestselling, ABIA award-winning author Rachael Johns comes an engrossing and wise novel about ambition, choices and what it means to be a woman.

“If you like your chick-lit with a dash of intelligent social commentary, Just One Wish is the perfect summer read!” Herald Sun.

“Loved the pace of the novel and was totally invested in the characters and their outcomes . I miss them already ! So many great themes covered in a balanced way! My favourite Rachael Johns book to date!” Rachel, Goodreads.

“If I could give it more than 5 stars I would!” Joanne, Goodreads.

“JUST ONE WISH has a lot of humour, a lot of sadness and I’m sure it will resonate with a lot of readers.” Kylie, Goodreads.